What is a micro influencer or micro blogger
read・1minutes 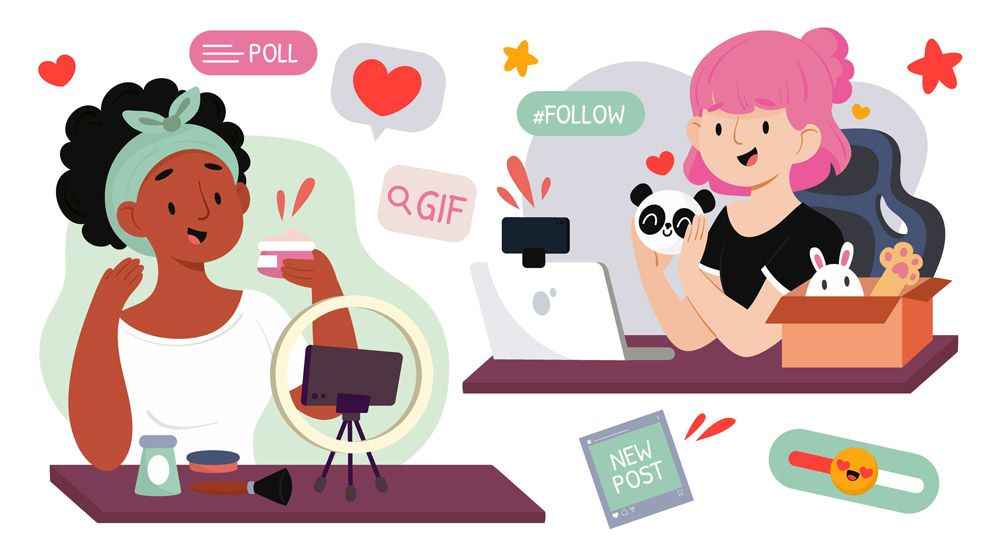 Micro influencer is opinion leader with an audience of 10,000-100,000 subscribers. Usually their blogs or social network accounts are niche. That means they are dedicated to one topic and targeted at a specific target audience with which they interact closely. Much denser than celebrities with their millions of subscribers. With constant interaction it turns into trusting dialogue. Users listen to micro bloggers advice, which is able to influence the audience: form a point of view, motivate them to take action including buying. The niche of a blog builds an audience with similar interests. For macro bloggers it is wide and rarely relevant. These are people from all industries who have loyalty to the influencers they follow.

Why is it more profitable to order advertising from micro influencers?

Advertising with micro influencers is often more effective than that of their counterparts with millions of subscribers. We have seen this more than once in practice. For example, we ordered an advertisement for a famous watch brand from two YouTube influencers: a popular and a less popular one. The less popular blogging the end got more clicks from his link in a post.

Why is it more profitable to cooperate with microbloggers?

The target audience is concentrated, so it's easier to convey information. The main thing is to decide on the topic. An advertisement for an organic cosmetics brand will fit perfectly into the format of a microblogging about skin care or lifestyle.

Pay attention to the geography

If you sell cosmetics in New York - order advertising from a popular influencer from New York. Its audience will be even more segmented. It is easier to negotiate cooperation with micro bloggers, they are more willing to listen to the conditions and go to experiments, because they:

Large bloggers have a content plan scheduled for a month in advance, so you will have to wait longer for publication to be released or pay extra for urgency.

As mentioned above, the audience of micro bloggers is more loyal and due to the built dialogue, reaction to comments, answers to questions, the nativeness of advertising increases. It seems to users that this is friendly advice and not a commercial offer. Advertising with influencers with small reach is an investment in the future. Any process is cyclical: rise, peak, stability and decline. At some point ratings of a macro influencer with high activity will start to fall, while the “average”, on the contrary, will rise. By working together in the early stages you secure yourself a favorable advertising price during the peak period.

To choose a influencer for cooperation, carefully read their content and check statistics with Yoloco service:

And we will take out the last important life hack separately. Some influencers rely on the client's inexperience in internet marketing and deceive him: they wind up likes, connect masslikeing, create fake accounts to imitate activity. Try Yoloco service today to check micro influencers all over the world.

How to order ads in influence marketing

Influence marketing is one of the most modern and popular digital marketing tools. Advertising on the...

What is an instagram influencer? First of all, it is an opinion leader who has an audience on Instagram...